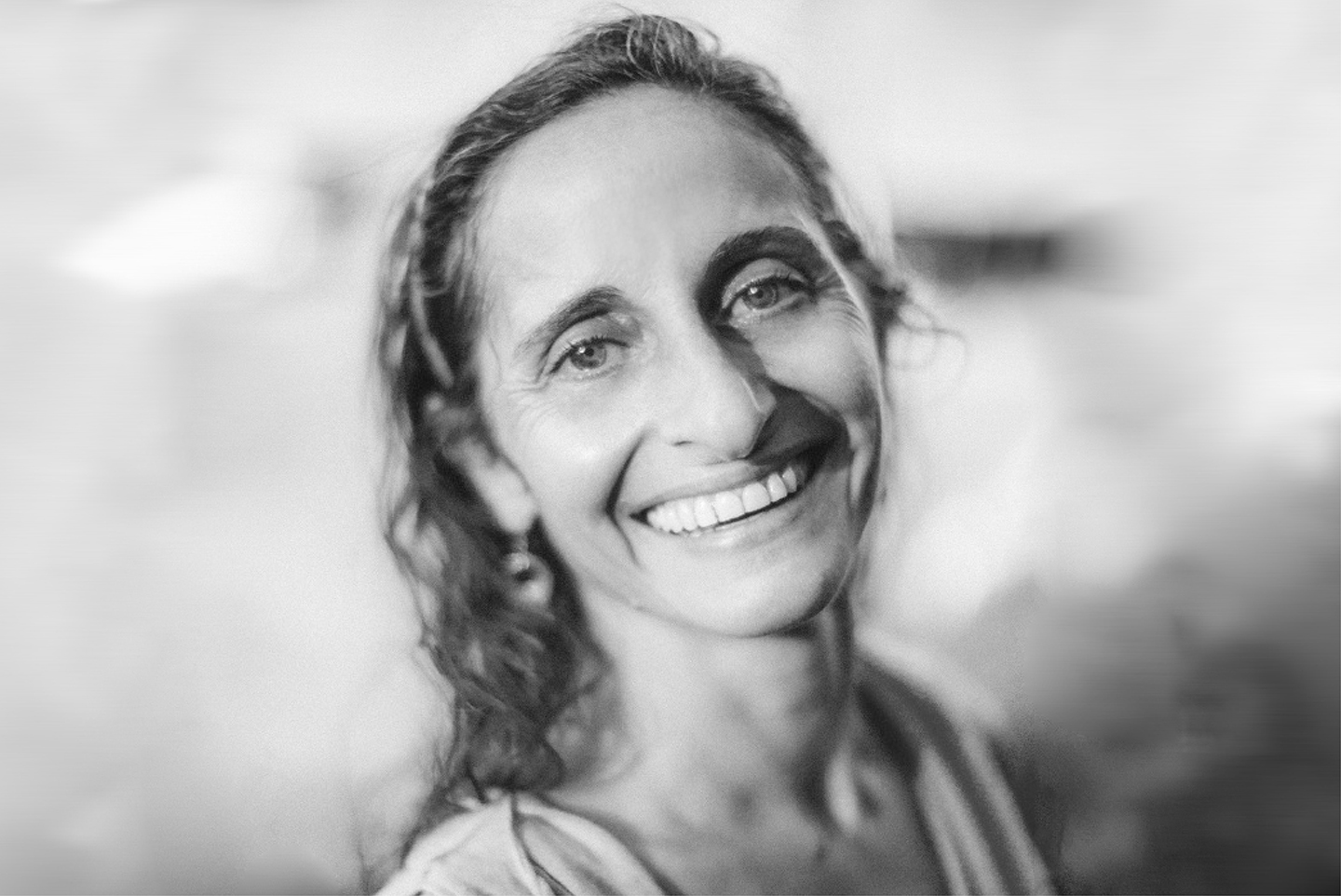 Maty Ezraty, E-RYT 500, is a uniquely inspiring teacher known for her dynamic style of teaching, a keen eye for observation and a depth of knowledge that is steeped in years of practice. Maty discovered yoga in her early 20’s after years of dance. Seeking meaning in her life and a sense of freedom from daily suffering, she found in yoga calmness of mind, confidence, and a strong feeling of being centered. While living in Los Angeles, Maty had the opportunity to meet and study with many of the world’s most renowned yoga teachers, including the three who would have the greatest influence on her teaching: Dona Holleman, Gabriella Giubilaro and Pattabhi Jois.

Maty met Pattabhi Jois in 1985 when he visited the Center for Yoga in Los Angeles where she was a teacher and director. This encounter initiated a long journey of study and practice including many trips to Mysore. She was one of a handful of women to complete some of the advanced sequences. In recent years, Maty has frequently studied at the Iyengar Institute in Pune, India where she has had the privilege of attending Geeta Iyengar’s classes. The Iyengar system is a rock in her practice and teaching. Maty began teaching yoga in 1985. In 1987 she opened Yoga Works. The first school of its kind, Yoga Works offered different styles of yoga including Iyengar and Ashtanga as well as workshops with many of the world’s best-known teachers. This created a diverse and engaging dialogue within the yoga community. Maty created the Yoga Works classes out of a desire to create consistency in the curriculum while integrating elements from the different traditions. These classes were divided into levels and drew from the Ashtanga concept of Vinyasa and the precise instructions taught by the Iyengar system. Classes were safe, made use of props and centered around a theme. Yoga Works grew to offer more than 120 classes per week, serving more than 700 students per day.

Maty directed and shaped the Teacher Training Program for over 16 years. She has trained some of the leading teachers in the US. In 2004, Maty sold Yoga Works, which continues as a leading school today. A prominent figure in the evolution of yoga in the United States, Maty has been called an “innovator” by Yoga Journal for which she wrote the Asana Column in 2001 and in 2009. Maty’s viewpoint is unique and holistic, gleaned from her years of study in the Ashtanga and Iyengar traditions. She is known for her joyful, engaging and determined approach and is revered as a teacher’s teacher.

Today, Maty holds workshops, retreats and teacher trainings internationally. She is a student of Vipassana meditation and has studied with Joseph Goldstein at the Insight Meditation Society in Massachusetts and at Spirit Rock in California. She continues to be inspired by her many years of practice and is devoted to bringing the spirit of yoga and her love of meditation to all her students.