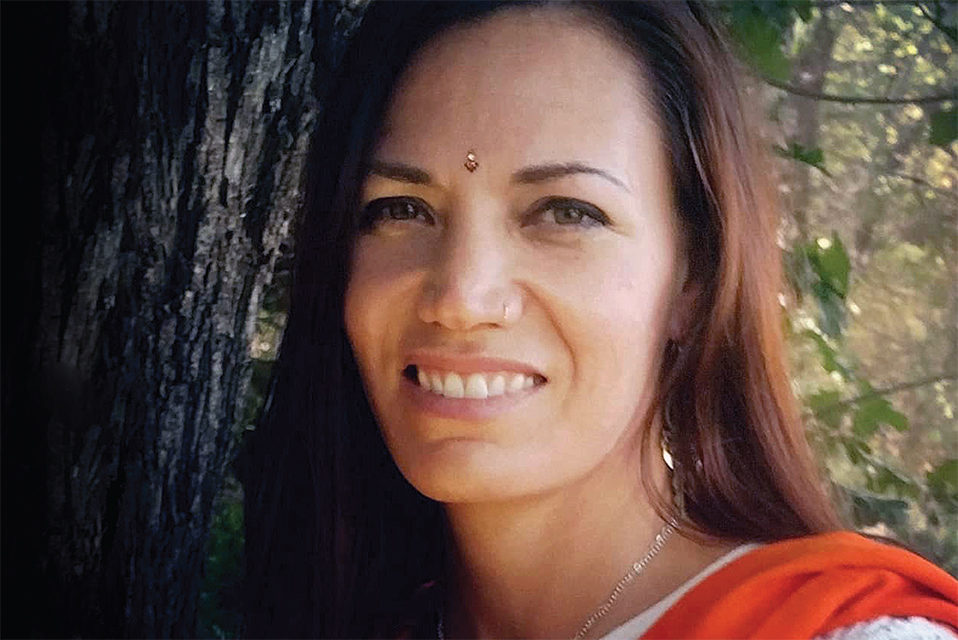 Sierra Rose Stange, Ancient Historian, 200hr Yoga Instructor, 300hr in-Progress. Sierra currently teaches Kirtana Classes with Stories from the Puranas, Vedas, Ramayana and Mahabharata to give students an opportunity to experience Bhakti and Jnana Yoga. Sierra practices and teaches a Vinyasa style of Asana and has a few private students she instructs. Sierra has taught Yoga History and Philosophy at workshops and on trips to India, her next India Yatra is this coming autumn, visiting the 5 Elemental Shiva Linga temples in Tamil Nadu. Sierra is currently studying Sanskrit and Hindi, adding to her linguistic knowledge of Latin, German, French, Spanish, and American English.

Sierra has spent the last two years under the apprenticeship of Manoj Chalam, Ph. D, who teaches Mythology, Advaita Vedanta, and Yoga Philosophy at Yoga Festivals and hosts Workshops and Retreats at his urban Ashram in San Diego. Sierra has adopted Dr. Chalam’s methods of teaching about the Hindu Deities as Archetypes, Ishta Devatas in Sanskrit, that can be seen as Spiritual Guides on each person’s ‘Hero’s Journey’, basing some of their teachings on the excellent Mythology work of Joseph Campbell and Swiss Psychotherapist Carl Jung. This approach brings the Deities into close association and union (Yoga) with the students, in a non-dogmatic way, that allows the students to incorporate aspects and the symbolism of the Deity (such as Devi Sarasvati for wisdom, knowledge, music and mantra) into their lives.

Sierra completed her Basic Yoga 200hr at the White Lotus in Santa Barbara, CA studying under Ganga White and Tracey Rich and continued on to her 300hr training at Yoga Den, Corona with Leeza Villagomez and Guest teachers. She currently is studying Shakaracharya’s Bhagavad Gita and commentary with Jyothi Chalam, Advaita Vedanta scholar. Sierra has spent over five years researching the ancient Sarasvati River culture, which predates the Indus Valley Civilizations, and is working on the beginnings of a Historical Fiction novel set in that time period.